Following our meeting in York in November, I arranged to meet with my partners in Bridlington and Flamborough to plan how we produce the two pieces of research we had discussed in York. The purpose of this meeting followed my original rationale – that we would meet locally following meetings with all the groups present to feed back to those unable to meet in York and to plan local initiatives. One of the problems with this model, which became evident quite early on last summer, is that those who are invested in the project have been good at attending the central meetings and that the additional attendees at the local meetings are not regular participants. For this meeting, our hosts had done a great job of getting more people to attend, but this meant we ended up spending a large part of the meeting explaining what the project is about. It also meant that we had people who didn’t have a well-developed understanding of the project participate in planning our research, which in this case proved distracting.

At our meeting in York, I shared that Jo had identified that we didn’t actually know much about many of our users. While we know quite a bit about members of heritage groups, we know less about teachers, tourists and younger people, who we have all identified as target users. Jo suggested that we do some research to find out more about their interest in heritage and digital habits in order to flesh out their personas, so we can make better informed design decisions. Ultimately, the goal is to create a product they will find useful and engaging. We had also discussed that in order to take the design much further, we would need to create sample data sets. While I had imagined users would upload short statements about what they consider their heritage to be and why, I knew that many people would expect longer pieces of descriptive text or stories. In order to be able to design more realistic mock-ups we need to know what kinds of contributions users will want to make. 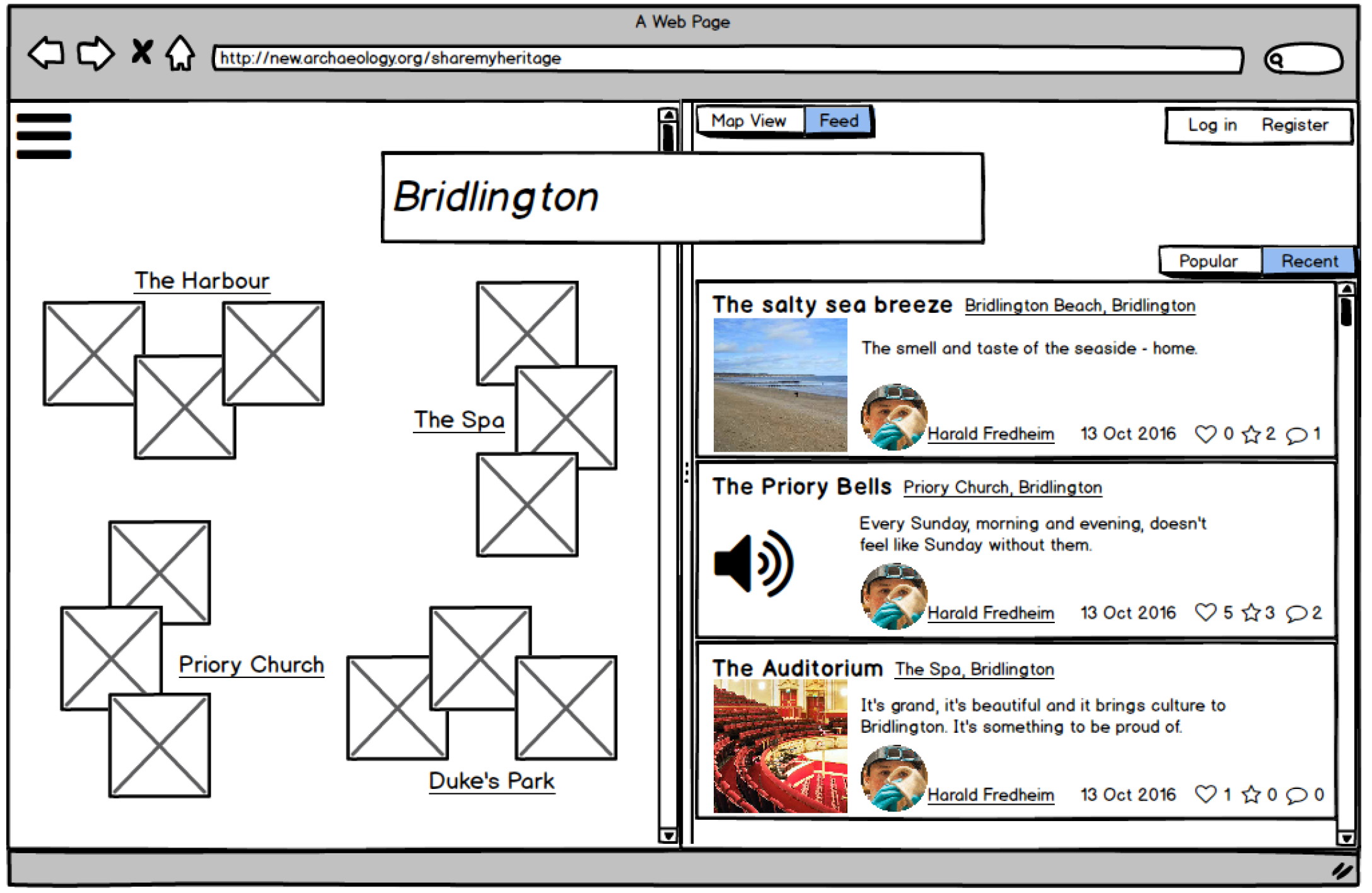 These two things then, sample data sets and user research were what I had hoped we would be discussing and planning during this meeting. We had discussed both at our meeting in York, and my impression was that there was agreement that these were worthwhile tasks that we would be tackling together. I was quite excited about this, because I thought it would be an opportunity to do some truly participatory research. I might have to do most of the draft design myself, but we would work on user research and sample data sets together.

I am not sure whether it was because of the composition of the group (including new participants), whether I’d misread the response at the meeting in York or whether some participants had changed their minds, but at this meeting these research tasks were met with scepticism. This caught me off-guard. I had expected we would be discussing how we would do the research, not discussing whether or not the research was necessary. It is safe to say that, surprised as I was, I didn’t make the most compelling case for the necessity of this research. This led us down a path of discussing whether we could use survey data from visitors to a local museum as a substitute for doing our own user research. Again, in my mind, it was clear to me that this would not be sufficient, but I don’t think I did a good job of explaining why. Toward the end of the meeting we were able to discuss how we might find out more about teachers as potential users. We weren’t able to agree on questions to ask local teachers, but a guest participant did say she could get us some Historic England research relating to heritage and school curricula, which might provide us what we needed – or at least help us ask the right questions.

A parallel meeting in Pontefract had to be pushed into the New Year, so further research is on hold until that meeting is held, but this meeting in Bridlington certainly provided much food for thought: